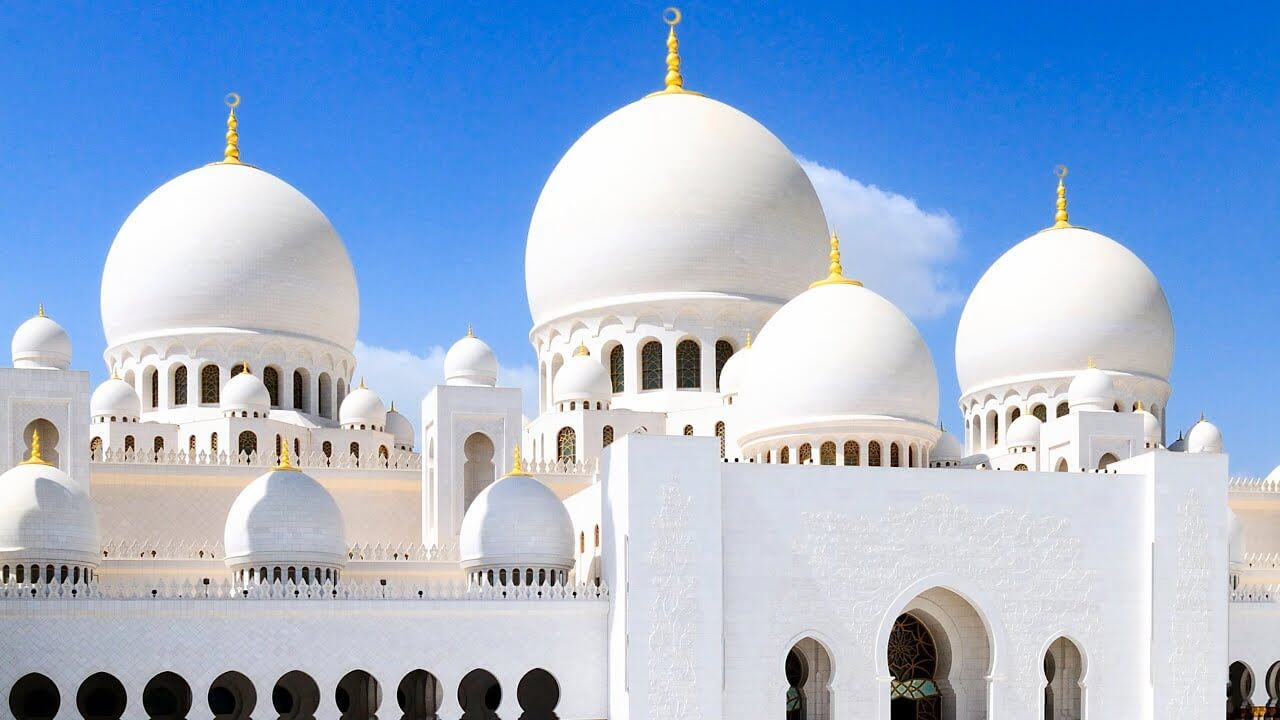 Sheikh Zayed Grand Mosque needs no introduction when it comes to most beautiful mosques in the world. It’s the biggest and most visited mosque in the UAE. Especially on Friday and on Eid days this place turns into a very crowded place because Muslims all around the UAE come here to offer Jumah(Friday & Eid Prayers) and this is the reason the mosque does not accept tourist on Friday in morning time (till 4:00 PM). The mosque is located at Sheikh Rashid Bin Saeed Street -between Musaffah Bridge and Maqta Bridge- New Abu Dhabi. The interior design of the grand mosque Abu Dhabi is spectacular and eye-catching. Swimming pools a huge garden and seven huge chandeliers also exist in the mosque that makes hard to believe that its a mosque. The mosque was constructed from 1996 to 2007 and Architecture work done by Yusef Abdelki. 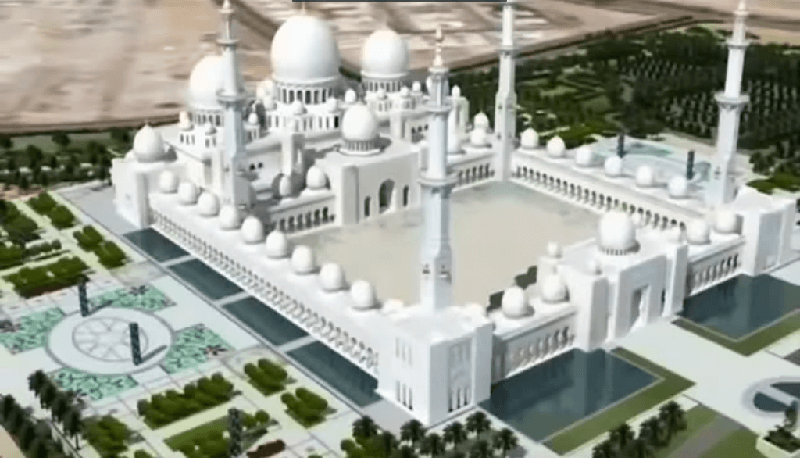 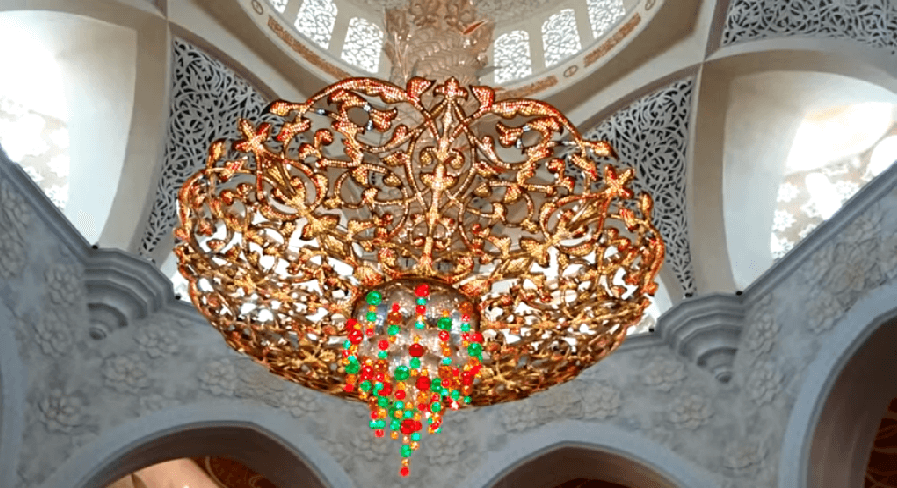 The good thing is non-Muslims can go anywhere inside of the mosque. At night White marble, golden and blue lights give impressions of a palace. There is NO ENTRY fee, and FREE parking is also available. 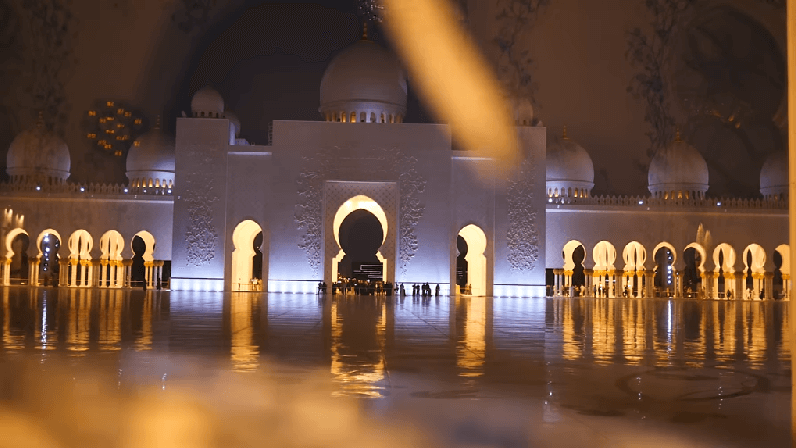 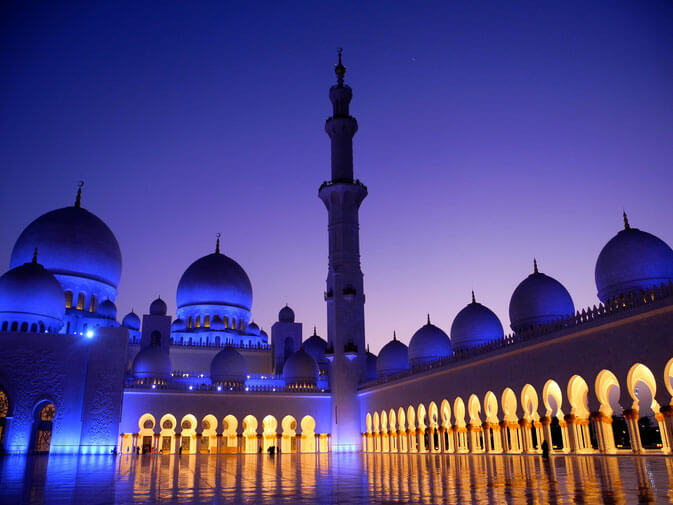 Sheikh Zayed Grand Mosque Abu Dhabi dress code is a little bit different than Jumeirah Mosque dress code. You must follow the specific dress code to go inside. Woman are not allowed to go inside of the mosque without wearing Abaya (they will give you free for visit purpose). Both genders must have to cover shoulders and knees. You will have to take off your shoes at the entry gate. Men and women neither can walk very close nor touch each other. If you do guards will politely warn you. 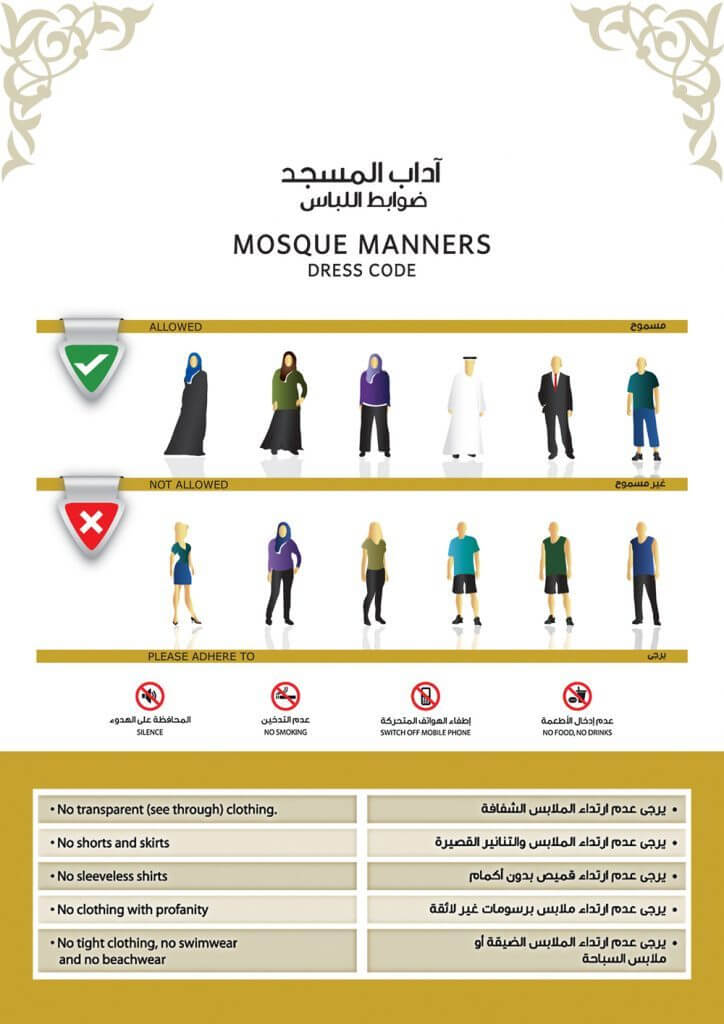 Sheikh Zayed mosque visiting hours start from 9 am to 10 pm (last entry at 9:30 pm) – Saturday to Thursday and 4:30 pm to 10 pm on Friday. Even though its a huge mosque and accommodate up to 41,000 thousand worshippers, I suggest you go in the morning time as at that time you wouldn’t notice many tourists there. However, If you want to get the best view of it, go in the evening, preferably at sunset time. Guided tours are organized by the Abu Dhabi Tourism and Culture Authority (TCA).

How to get there?

Many tour companies in Dubai provide Abu Dhabi city tour from Dubai. If you are okay with sharing based transportation, don’t have much budget you can book Abu Dhabi tour that comes with Grand Mosque Abu Dhabi visit. In case you have a good budget and travelling from Dubai, the best way to get there is to rent a car for a day from any reputable car rental company in Dubai. It would not only allow spending as much as time you want in Dubai, but you can cover other Abu Dhabi attractions as well. The mosque is situated between Musaffah Bridge and Maqta Bridge at Sheikh Rashid Bin Saeed Street.

For any question, get in touch with officials.

How to travel from Dubai to Abu Dhabi?

Where is Dubai Located? What Country is Dubai...

Which is Best Dubai Sim Card for Tourists...