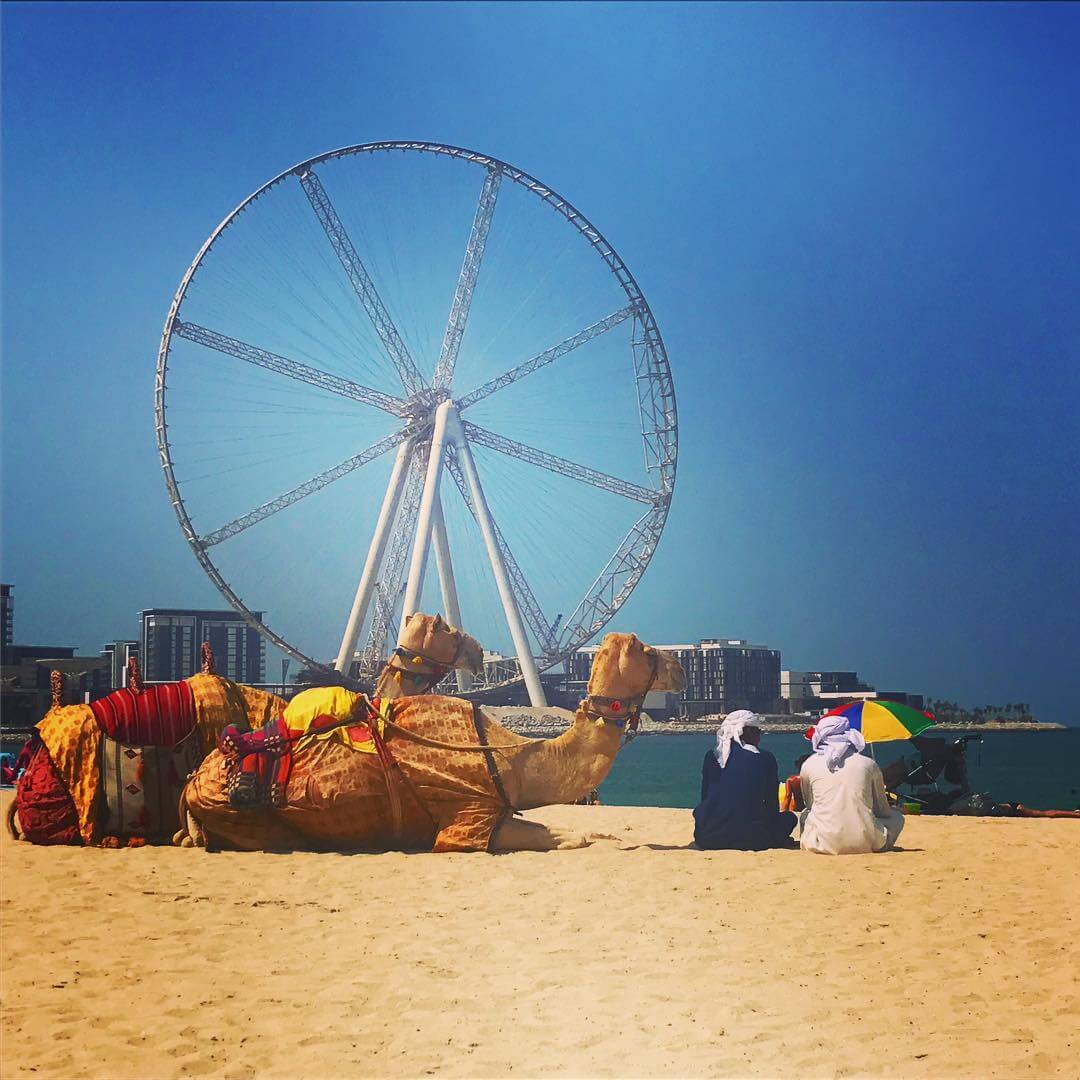 With numerous attractions on offer, Dubai is the city that just doesn’t fail to amaze us with something new, something bigger, something grand! The city is a tourist hub for a reason: hosting glamorous shopping malls, spectacular high-rise buildings, wondrous cruises across artificial waterways, safari parks and what not. Dubai is now getting ready to unveil a new magnificence for the world to see. It already holds in its bosom the world’s tallest building, the iconic Burj Khalifa but now it will also add another jewel to its crown after the completion of the world’s largest observation wheel – Ain Dubai.

What a Ferris wheel Dubai is… 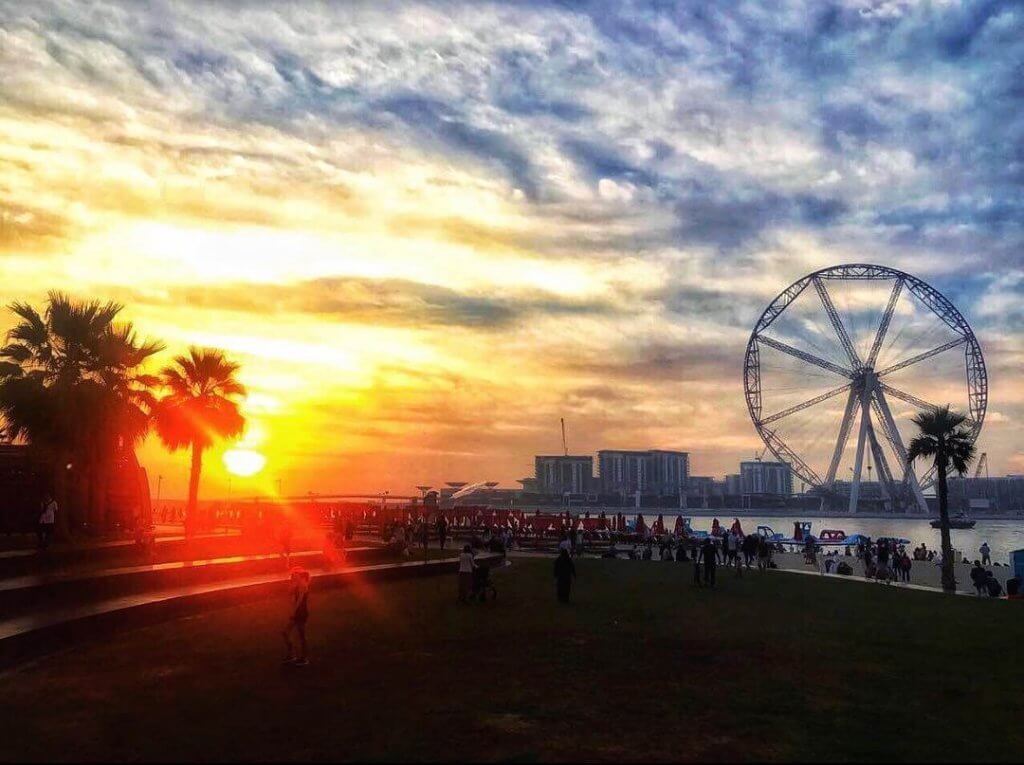 Now that we are well aware of what exactly a Ferris wheel is, let us now move on to the most gigantic ones at present. Well, currently the 2nd largest observation wheel is the Singapore Flyer that 165 meters. However, the biggest wheel at present is the one situated in Las Vegas, Nevada, in the US. The wheel that was opened to the public is 550 feet (167.6 metres) tall and consists of 28 glass-enclosed cabins.

Also Read: Where to Stay in Dubai?

Dubai Eye for a Reason

The next ‘pleasure wheel’ to make its way into the world of excitement is Ain Dubai which, once completed will be standing tall at 668 feet (210 meters) high, the highest one of all. This 360-degree spectacle will feature 48 large capsules that will be able to accommodate up to 1,400 passengers.

These luxurious capsules are to be fully furnished with comfort and style, complete with rich parquet floors (a mosaic wooden floor arranged in the geometric pattern), sofas, tables and a lot more. It has been declared that one ride in the Ferris wheel will last approximately 45 minutes. 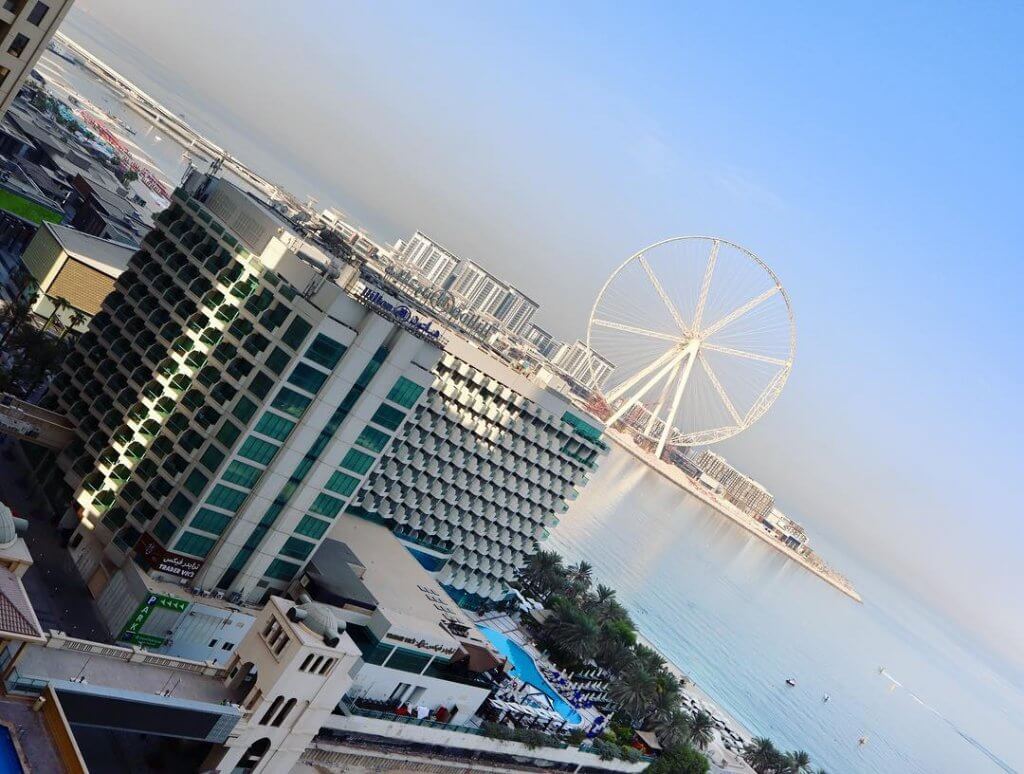 The Ain Dubai is being dubbed as the “Dubai Eye” as well after the famous London Eye, which is the tallest Ferris wheel in Europe. And no doubt, it is both a treat for the eye: a ride on the Ain Dubai will present the most magnificent view of Dubai to the eye of the beholder. Dubai’s skyline can be seen from its vantage point. Many famous landmarks of the city, such the Burj Khalifa, Burj al-Arab and Palm Jumeirah are visible from the Ain Dubai. The view will be even more dazzling at night when the city is glowing in its self-created myriad of night lights.

Also Read: What to Wear in Dubai?

The 48 pods are made constructed entirely from double glazed glass. That means that its occupants will be able to see the outside world from all around them. Yeah, it gives you jitters even to think about looking down and seeing yourself hovering high up in the air. Each pod will be able to accommodate about 40 individuals. However, as with almost any other grand Dubai attraction, there will be VIP capsules available too to the house around 12 people, with provisions for food and beverages as well. In that sense, the gigantic rotating wheel will also function as sort of flying pub (for affluent visitors at least).

For all the young mountain climbers and adventure seekers out there, this one will surely excite you. Sure, Dubai cannot offer you mountains to trek and climb. But if you think that will stop Dubai from coming up with something innovative, you’ve got another one coming. Another exciting feature of the Ain Dubai is that there will be a climbing platform constructed on one of the walls of the wheel, at a height of approximately 150m. That of course, will also break world records for Dubai as housing the highest climbing platform in the world. The climbing will, of course, be assisted by experts and equipment.

LED – Because a Wheel isn’t Enough

Every Ferris wheel that you’ll see around the world looks pretty much the same to the innocent. However, the Dubai holding companies responsible for the Dubai Eye made sure that wouldn’t happen with their “wheel of fortune”. Another unique feature to be added to the wheel are LED screens, to be used for advertisements and to display views seen by the guests sitting inside the pods.

Luxury and Grandiosity all around

The Ain Dubai is located on the man-made island, Bluewater Island. The island itself features gyms, swimming pools, hotels with access to 450 meters long private beaches and many apartment buildings. Furthermore, the island features choice gardens, carefully landscaped to provide aesthetic beauty for its visitors and residents. The Ain Dubai is directly located across the Jumeirah Beach Residences in Dubai Marina. 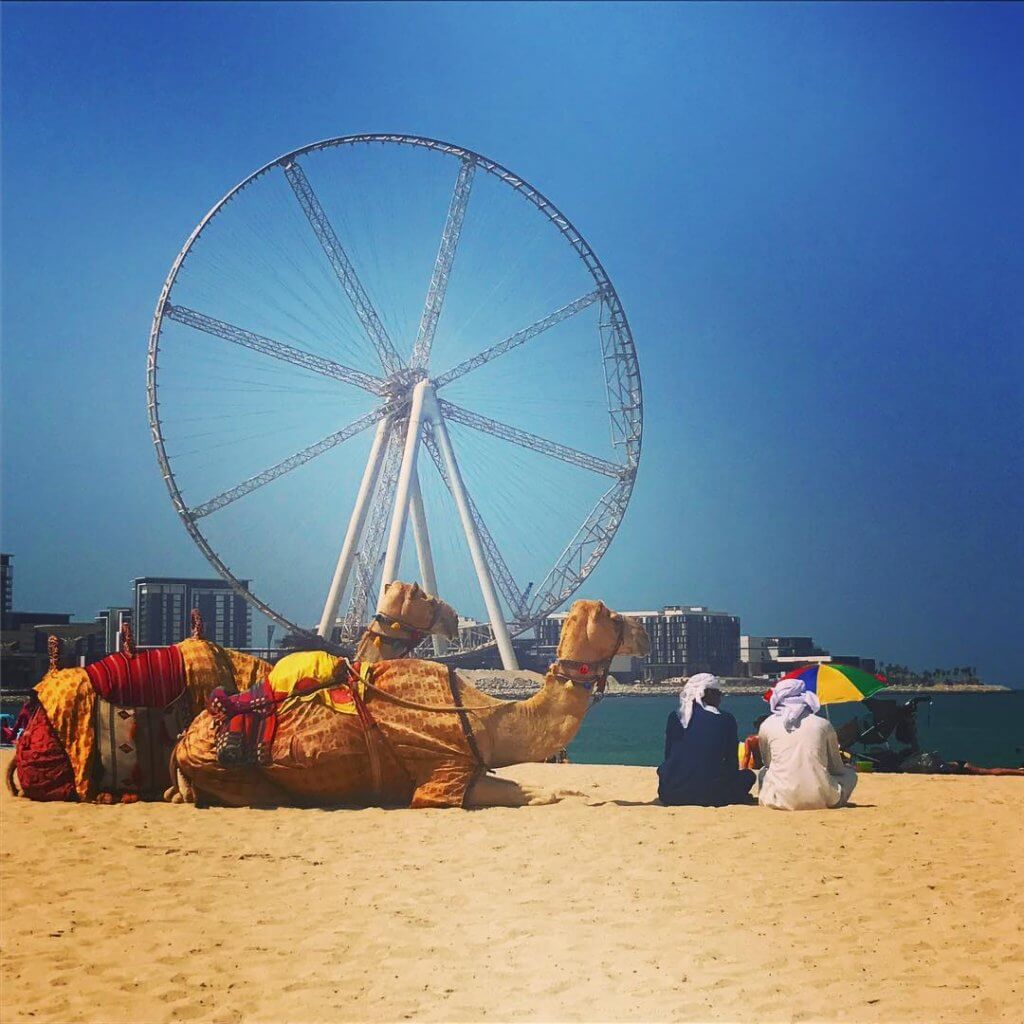 When, where and how?

The Ain Dubai is pretty much nearing its completion and is said to open up in 2019. No official information about tickets and opening hours has been released yet. The Ain Dubai can be reached via the Dubai Metro to Nakheel Harbor. Afterwards, the passage can be changed to the monorail which will take to directly to the Bluewater’s Island. Of course, as mentioned earlier, the Wheel is located near the Jumeirah Beach Residences, so one can also simply walk and drive on a car etc. from the JBR to the wheel, via the bridge as well.
So, hang on tight. Stay excited and pumped up for the spectacular new addition to the ‘golden city’.

Burj Khalifa: a Complete Guide to Wonder of Dubai!

Things To Do In Dubai Marina

How to Book Dubai Helicopter Tour with Discounted...

Dubai Creek Park: Activities to do at Creek...