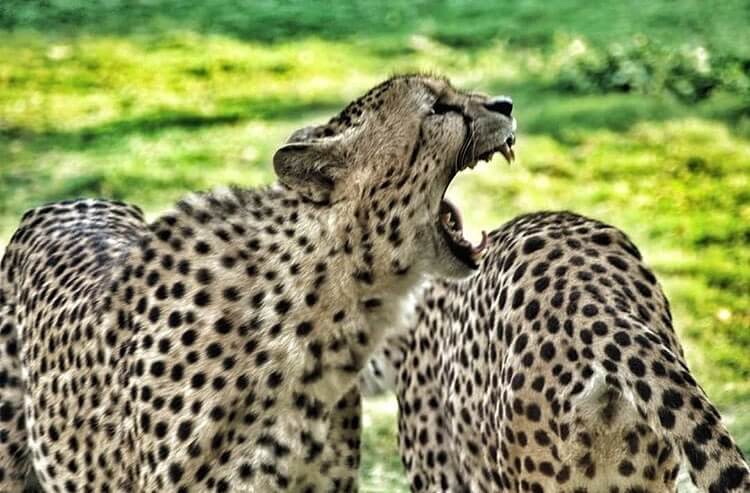 Dubai Safari Park, located in Al Warqa’a is another jewel in the crown of the happening city. Opened on 12th of December 2017 the Dubai Safari Park promises to be an affordable and economical recreational option for all. This project replaces the 50-year-old zoo in Jumeirah. Lack of space and adverse conditions of the Dubai Zoo was a point of main concern which led to this initiative. The safari park now houses the existing animals from the Jumeirah Zoo plus new ones. This massive wildlife project consists of 250 species, including endangered species.

Some of the critically endangered species were announced to be a part of an international breeding program involving the breeding of animals to send them to other zoos or to be released into the wild.  There is now a total of more than 2,500 animals with a planned addition of approximately 2,500 more. The area of the safari park is spread over 120 hectares of land, which has been divided into five villages.

This is not your conventional zoo where you only get to view the animals lounging around in their cages or small enclosures created for them. You now get to view them in a more natural habitat.

For a tour of the safari village, an air-conditioned car specially designed for the tour will give you a classic, close-up view of the exotic animals and their lifestyles. Consider it an escapade into the jungles of Africa and Asia, where you can behold lush, tropical forest sights. Animals inhabiting the Safari Village include bears, baboons, water buffaloes, zebras, and deer. You can witness the majestic brown lions soaking up the sun, cheetahs on their racing tracks and tigers in their enclosure with the splendid, gurgling waterfalls to keep them cool. 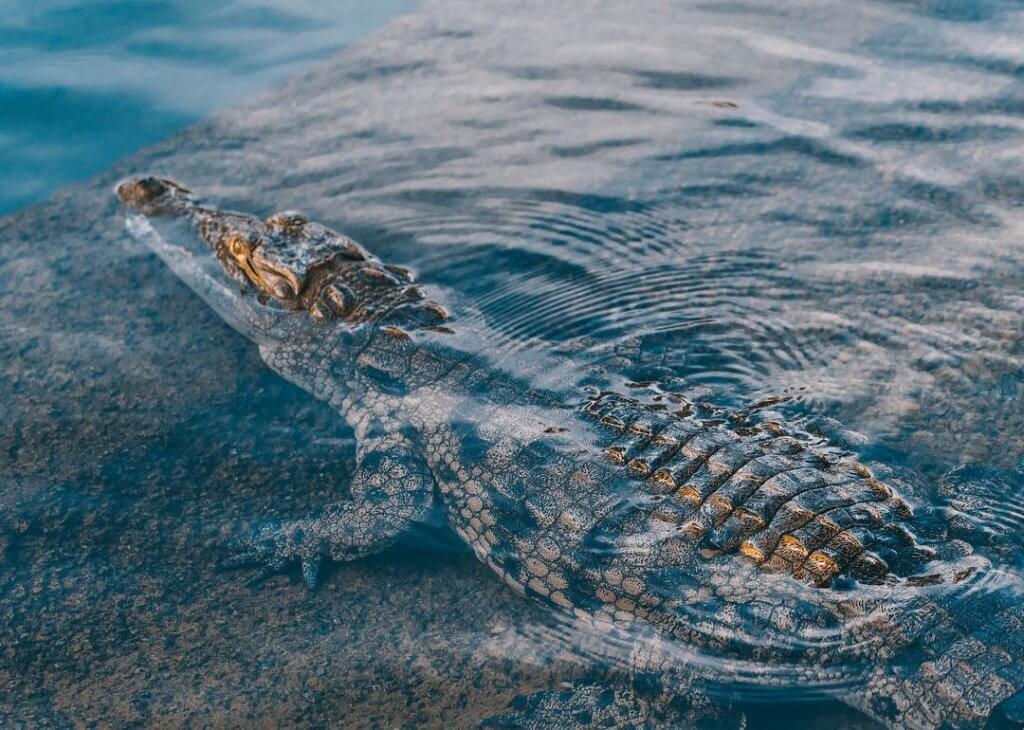 You get to view the crocodiles at close-quarters in the world’s first drive-through hypo-aquarium, giving you better look at the formidable reptilian creatures. Other attractions include brown bears, a bird theatre with 6 shows and feeding areas for giraffes. An expedition of this region of the Safari Park can take anywhere from 45 to 120 minutes.

Now let’s enter the region that constitutes the Arabian village Arabian village. This tract of land consists of sandy deserts, and rocky mountains, and the steppe showing you the Arabian habitat landscape surrounding the wildlife. A steppe is a vast area of barren land without any plantation except for shrubs.  A luxuriant meadow filled with a great variety of flora and fauna is a welcome sight. Populating this territory you will meet Arabian wolves, Antelopes, and Nilgais. Nilgai is the largest Asian Antelope.

Step onto a train crossing through the Arab village and watch the horses, birds, ostriches and falcons enjoying their day. It will take about 20 to 25 minutes to…

Moving to the African region of the park which welcomes you with a set of the African savannas and rainforest, gives you feel of the real African landscapes. Here you will be greeted by the giant tortoises, chimpanzees, hyenas, flamingos, African wild dogs and the regal white lions. Even in this village, you can take the train or Safari car to ride around and enjoy the animals. There are four stops where you can walk and watch the white lions ready to play through the glass walls, plus gorillas, pygmy hippos, lemur, bongo and okapi which is one of the endangered species that the forest is breeding. The ride around this section of the park will take somewhere between 90 to 140 minutes.

Here in the Asian village the scenery, the environment, the landscape is all set to reflect the Asian forests. You can take a walk along the dense trees of the enclosure and witness the beautiful Asian creatures. This will require at around 30 to 90 minutes of your time. The species to see here are the Komodo Dragons, Moon Bears and Gibbons. Along with these, there are elephants, pandas and monkeys and a variety of birds and reptiles. 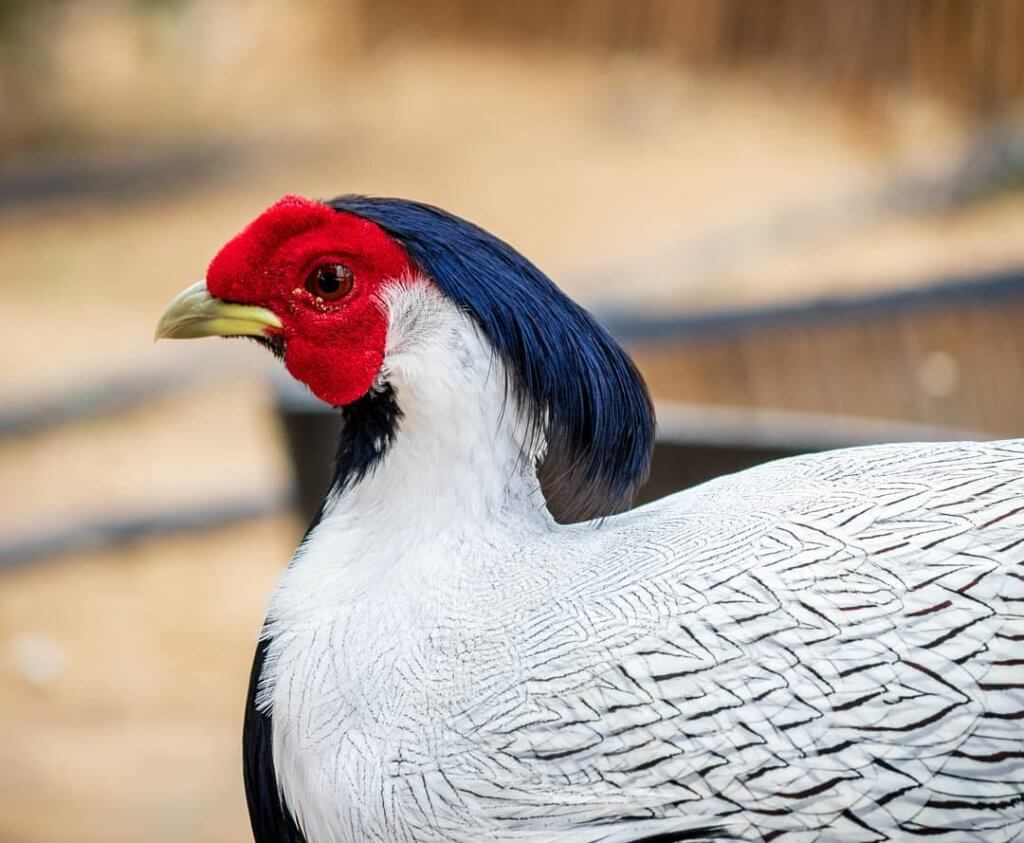 Visiting the Dubai safari park with children, you just cannot miss out on the most adventurous section of the park. Close to the park’s entrance is the children’s corner specially designed to keep the children involved. This is an educational spot where children can learn about farm animals, their importance and how to take care of them. The farm features farm animals such as sheep, cows, goats and chickens. Activities involve collecting milk and eggs and riding ponies.

Of course, no tourist spot is complete without eateries.  The Wadi village offers you a relaxing spot which has water streams flowing through it and fishing ponds all powered by solar energy. After the tour, you can relax in the green valley and treat yourself to the delicious foodstuff being offered by the restaurants and eateries.

The park has special facilities to maintain a suitably cool environment for the animals. Air-conditioned rocks, misting fans and chilled and chilled pools have been installed all over the park. There is a large theatre that can accommodate up to 1,000 people. This theatre host shows featuring different animals. They have eco-friendly vehicles for touring. This park features a UAE’s biggest walk-through aviary in the African village and the first drive-through hippo and tiger exhibit. They introduced the world’s first drive-through crocodile exhibit.

The Safari Park, located opposite Dragon Mart on Hatta Road in Al Warqa’a 5 is open to the public from 9 am to 7 p.m. However the tickets stop selling at 5 p.m. or when the park was filled to capacity. The tickets are available for purchase from the main building of the park or you can here +971 800 900  to book your tickets on phone. The ticket prices are as follows: For full access to all areas of the park, obtain a combo ticket at 85 AED for adults and 30 AED for children.

For entry to all areas except the Safari Village obtain the Dubai Safari Park Ticket at 50 AED for adults and 20 AED for children (The same ticket prices apply if you only wish to visit the Safari village).

There is free entry for the elderly above the age of 60, for children below 3 years of age and people with special needs (accompanied by 2 people).

There are plans to introduce about 2,000 more animals, Australian and South African villages, veterinary, zoo-keeping and conservation courses to educate people and bring awareness among them regarding wildlife. The park was closed on 15 May 2017 for further up gradation and is expected to re-open in the month October with more features. Let’s see what surprises are in-store after the embellishment program is complete.

Burj Khalifa: a Complete Guide to Wonder of Dubai!

Things To Do In Dubai Marina

How to Book Dubai Helicopter Tour with Discounted...

Dubai Creek Park: Activities to do at Creek...