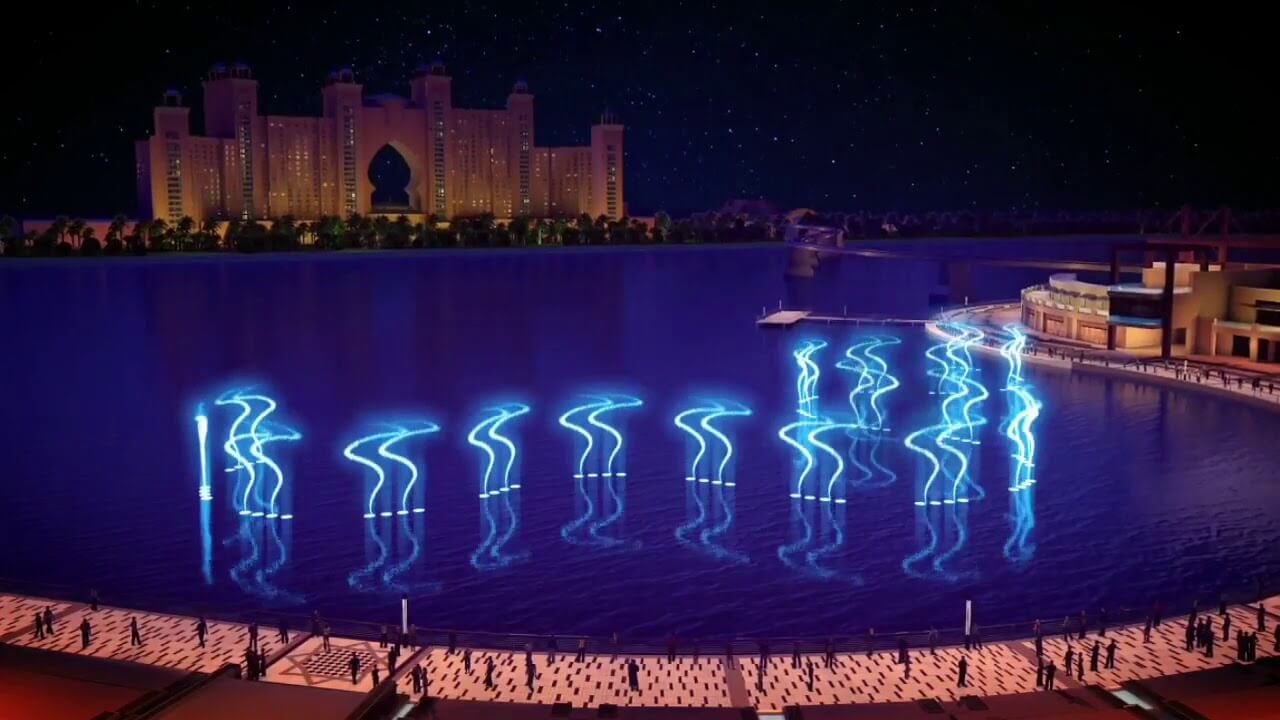 Palm Jumeirah is known to be situated in Dubai, UAE (United Arab Emirates). It is an offshore Island that is manmade. It is especially for private hotels and houses. The most fascinating is that the name “Pal Jumeirah” has been kept on the way it looks. If seen from high up in the air you will know that Palm Jumeirah Island looks like a palm tree that resides within a semi-circle. The Palm Jumeirah was done being constructed in the 21st century

The Launching of the Biggest Fountain

Dubai is known to be the attraction of people all over the world. The modern state has everything around it. Dubai does not stop with its better and new things that excite people. While now too, Dubai has not failed to mesmerize us with its new launch, which has been done on October 22nd, 2020.

Nakheel just announced the opening of the World’s biggest fountain and everyone is already losing it. People are already ready to be in Palm Jumeirah on the date of the opening because they know that is going to be worth a while.

Dubai has attracted people from all over the world to date. The generation of revenue in Dubai has been extremely high due to this reason. Dubai knows that the people love it, that’s why in order to make people happier, it goes on with further elite developments which make it catchier.

Just like all the attractions in Dubai, The Palm Fountain is going to be a great attraction but on another level.

About the Palm Fountain

The developer of Palm Jumeirah, Nakheel told that the fountain is being created by the most well-known fountain maker and specialist in Beijing, China from the Beijing Water Design. The work was processing for a long time but now finally the commencement date has been given.

The report about the Palm Jumeirah Fountain states that this fountain is going to spread over 14,000 square feet in the ocean. Also, the fountain will shoot water very high and will go to a height of 105 meters. About 3,000 LEG lights have been fixed in this exotic fountain thus will advance with a multicoloured show and music while the fountain dances.

There won’t be one but twenty fountain shows, each of three minutes. They will commence from the evening by 7 pm and will go on after every half an hour. Each three-minute show is going to be set with a different song. Up till now, there are nine songs that have been choreographed. You can surely know that there is going to be a range of music and dance styles that include classic, pop, and Khaleeji.

It is also known that the Palm Jumeirah Fountain is going to take its place in the Guinness World Records with the title of the “Tallest Fountain of the World”. By this title, one can already figure out that this fountain is going to be a bigger fountain than the one at The Dubai Mall. The inspiration for that dancing fountain came from the dancing fountains found at the Las Vegas’ Bellagio Hotel.

The Inauguration of Palm Jumeirah Fountain

22nd October 2020 which is the official day for the inauguration of Palm Jumeirah Fountain. On the very day, it is going to be open and free for the public. People can come from all over Dubai to attend the event, either they are locals or tourists. For the entire day, it will be absolute fun as the day will follow with the festivities. The competitions will start at 4 pm and are going to run till late at night from the Pointe’s restaurants. Not just that but there are going to be loads of live entertainment events that include dance shows, DJ sets, fireworks, and performers shows.

Moreover, there is more to the fun-filled day. The five thousand customers who arrive first are going to get their hands on a LED wrist band which is any cost-free. All the people that are willing to join the inauguration can register themselves through the “Platinum List” and watch the Palm Jumeirah Fountain enter its name to the Guinness Book of World Records.

Tourist and The Palm Jumeirah Fountain

Ahmed Al Khaja, CEO of Dubai Festivals and Retail Establishment (DFRE) said, “The Palm Fountain is yet another incredible addition to Dubai’s list of world-famous landmarks and is sure to be a big draw among residents and visitors alike. Its launch further cements the city’s status as a must-visit destination where guests from around the world can experience the best sights and sounds as well as unrivalled retail and tourist spaces. The Pointe’s standing as one of Dubai’s premier dining and leisure destinations has been further elevated with the unveiling of this record-breaking new attraction.”

Shaddy Gaad the Senior Marketing Manager – MENA from the Guinness World Records, added: “This is a great addition to Dubai’s long list of attractions that make this city iconic. GWR is in the process of verifying the largest fountain and we look forward to hopefully seeing this world-class landmark being declared Officially Amazing.”

The whole project is made up of spending AED 66 million and another AED 800 million entertainment and dining destination on this beautiful island that is adored by all, locals and tourists.

Palm Jumeirah Fountain is going to add another level of class to Dubai which the tourists are going to love. Then pack your bags to get to Dubai before the inauguration if you are a tourist.